Today
A slight chance of showers and thunderstorms between 3pm and 4pm. Sunny, with a high near 88. Calm wind becoming south southeast around 5 mph in the morning. Chance of precipitation is 20%.
Tonight
Partly cloudy, with a low around 68. South southeast wind 3 to 6 mph.
Monday
A 20 percent chance of showers and thunderstorms after 1pm. Sunny, with a high near 88. South wind 3 to 6 mph.
Weather forecast provided by weather.gov.
Search 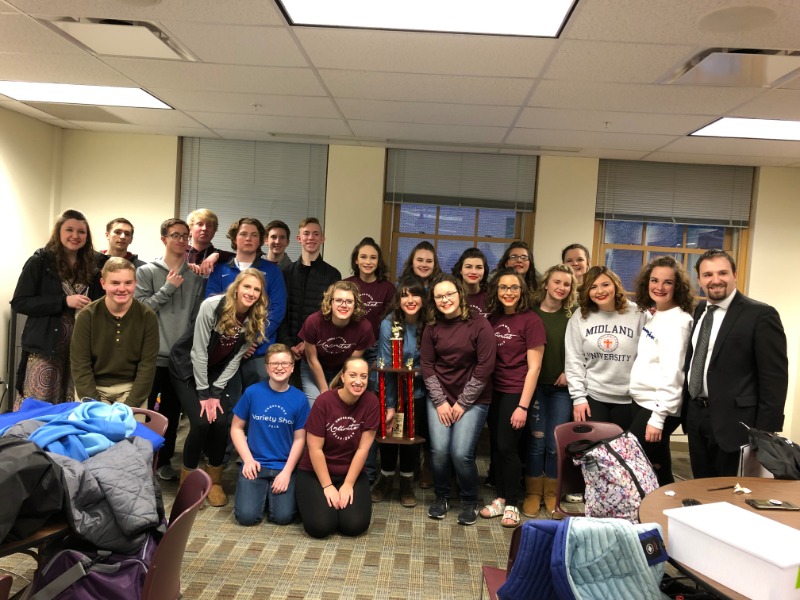 Underwood Unlimited Show Choir continued their season on Wednesday, February 6 at the UNO Show Choir Festival where they placed 2nd in Class 2A. There were nine schools in the 2A Division. After earning a Division I (Superior) rating at IHSMA State Contest on January 28th, Unlimited is on track to have a very successful season.

Unlimited will compete on February 16th at Indianola High School, and again on March 2nd at Lewis Central High School. Underwood will host the 4th Annual Underwood Ultimate Show/Jazz Invitational on Saturday, March 16th at Underwood High School, where 16 choirs will travel to UHS to compete.