Tonight
A 10 percent chance of showers before 8pm. Patchy fog after 4am. Otherwise, partly cloudy, with a low around 53. South wind 6 to 9 mph.
Tuesday
Patchy fog before 9am. Otherwise, partly sunny, then gradually becoming sunny, with a high near 77. South southwest wind 5 to 15 mph becoming northwest in the afternoon. Winds could gust as high as 21 mph.
Tuesday Night
Mostly clear, with a low around 50. North northwest wind 5 to 8 mph becoming light and variable after midnight.
Weather forecast provided by weather.gov.
Search

SCHOOL CLOSURE EXTENDED THROUGH THE END OF APRIL

SCHOOL CLOSURE EXTENDED THROUGH THE END OF APRIL At a press conference held on Thursday, April 2, 2020, Governor Kim Reynolds announced that schools in Iowa will be closed through at least the end of April to help mitigate the spread of the . . . 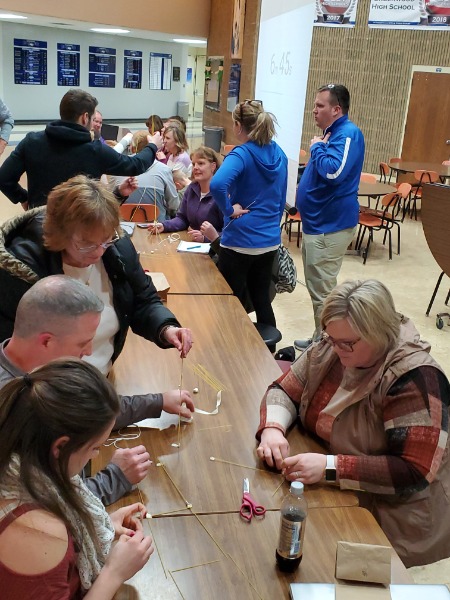 One of the topics our teaching staff has been working on for the last few years has been Growth Mindset.  Today's professional development was a review of growth mindset and a group challenge-which group could build the tallest tower . . .

Great news from the Iowa School Performance Profile (ISPP) data that was just released last week.  This is the first year scores from the Iowa Statewide Assessment of Student Progress (ISASP) were included in the . . .

The school district is in serious need of substitute bus and van drivers for regular routes and activity trips. Interested applicants should contact Superintendent Ed Hawks or Transportation Director Dan Kvigne at (712) 566-2332 or stop by . . .

Please click on this link to view a video welcoming you to the Underwood Community School District.

The Underwood School Fitness Center is open to Underwood Community School District members for use if a membership is purchased.  See the link below for two forms that need to be filled out or signed and returned to Beau Jacobsen or . . .