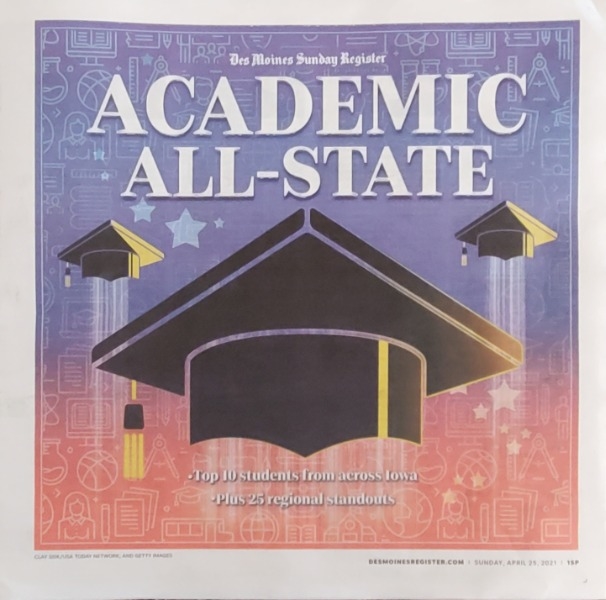 James Brainard has been extremely active during high school as a member of the basketball team and award-winning Quiz Bowl teams.  His academic work has been very strong, as he has the top grade point average in his class and scored a 34 on his ACT.  All of his hard work and intellectual curiosity paid off when he was named one of Iowa's top ten students by the Des Moines Register on Sunday.  He is the second Underwood student named to the Academic All-State Team in the last four years, joining 2018 All-Stater Alexis Redshaw.

In addition to this honor, James was recognized as Underwood's Governor's Scholar recipient at a reception on Sunday, April 25.  He will have his photo displayed on a plaque at the high school for the upcoming year.

Congratulations to James on these great honors!