Mrs. Fischer's class won the prestigious Homeroom Trophy for the Homecoming Week competition.  Their swift run to the office with the winning Bingo card was the difference.  They'll proudly display the trophy until the . . . 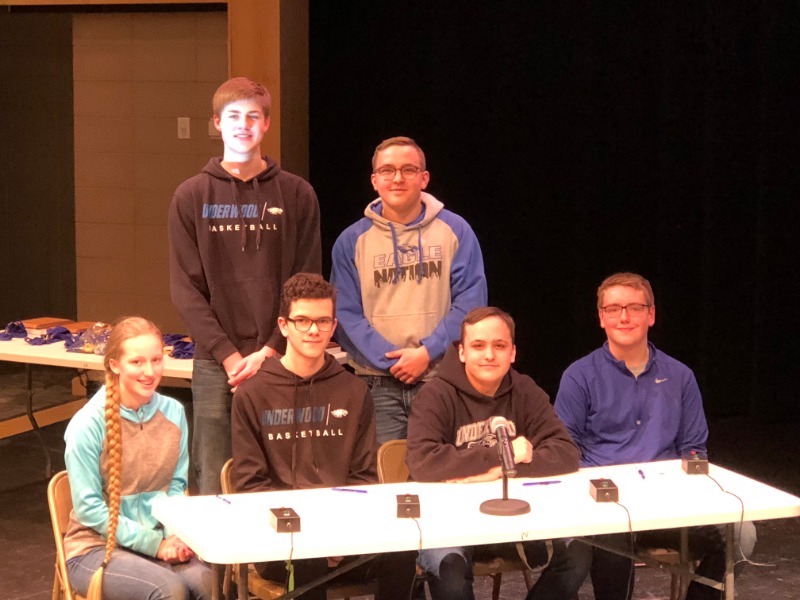 The Underwood Quiz Bowl Team participated in the Iowa Masonic Quiz Bowl Tournament on Saturday, March 7 in Waukee.  After a close loss in the morning, the team came back to win their last 4 matches against Albia (210-90), . . .